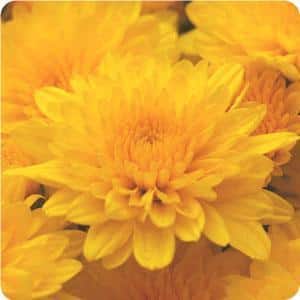 Nothing says Fall like garden mums and pumpkins!  Plant mums with Pansies and Ornamental Kale to extend color in flower beds and containers from September through December.

Choose from these yellow varieties for 2020:

To increase the hardiness of Garden Mums, the following steps need to be taken: