Japanese beetles have been a nuisance in mid-Missouri gardens since 2006.  Over time, gardeners have found ways to combat these voracious eaters through plant selection and various control methods.

Certain plants attract Japanese beetles, some that don’t seem to attract, and some plants actually deter these pests. 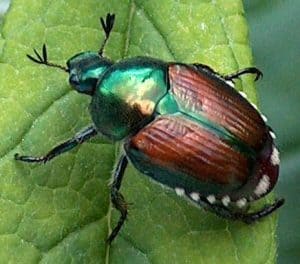 Just one Japanese beetle lays 50 grubs each year. The more beetles killed, the fewer beetles that can hatch out next year. 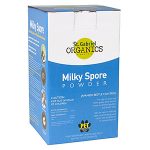 Microscopic bacteria (Bacillus papillae) feed off Japanese beetle larvae while they are lying dormant in the soil. Available in a powder and a granular form.

Longfellow’s recommends Fertilome Triple Action. Spray early in the morning (before 8am) or late in the day (after 7pm) while beetles are lethargic.

Disadvantages – kills by contact only. Must spray every few days as more beetles hatch out.

Each morning and evening, pick clusters of beetles off plants and dispose into soapy water. Can also shake branches with a bucket of soapy water placed underneath.

Advantages – no chemicals or products needed. 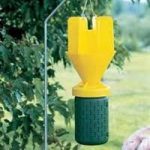 Adult beetles are attracted to the pheromone lure on the Japanese Beetle Trap and fall into the attached bag. Place traps at least 500 feet away from affected plants.

Advantages – easy to use and effective.

Disadvantages – traps fill quickly and must be replaced.

Advantages – reusable from year to year.

Disadvantages – must be removed in order to weed or maintain plants.

Drought in July or August can kill off newly hatched larvae.

Grubs also die when soil temps reach 15°F for a few days or remains 32°F for 2 months without snow cover.